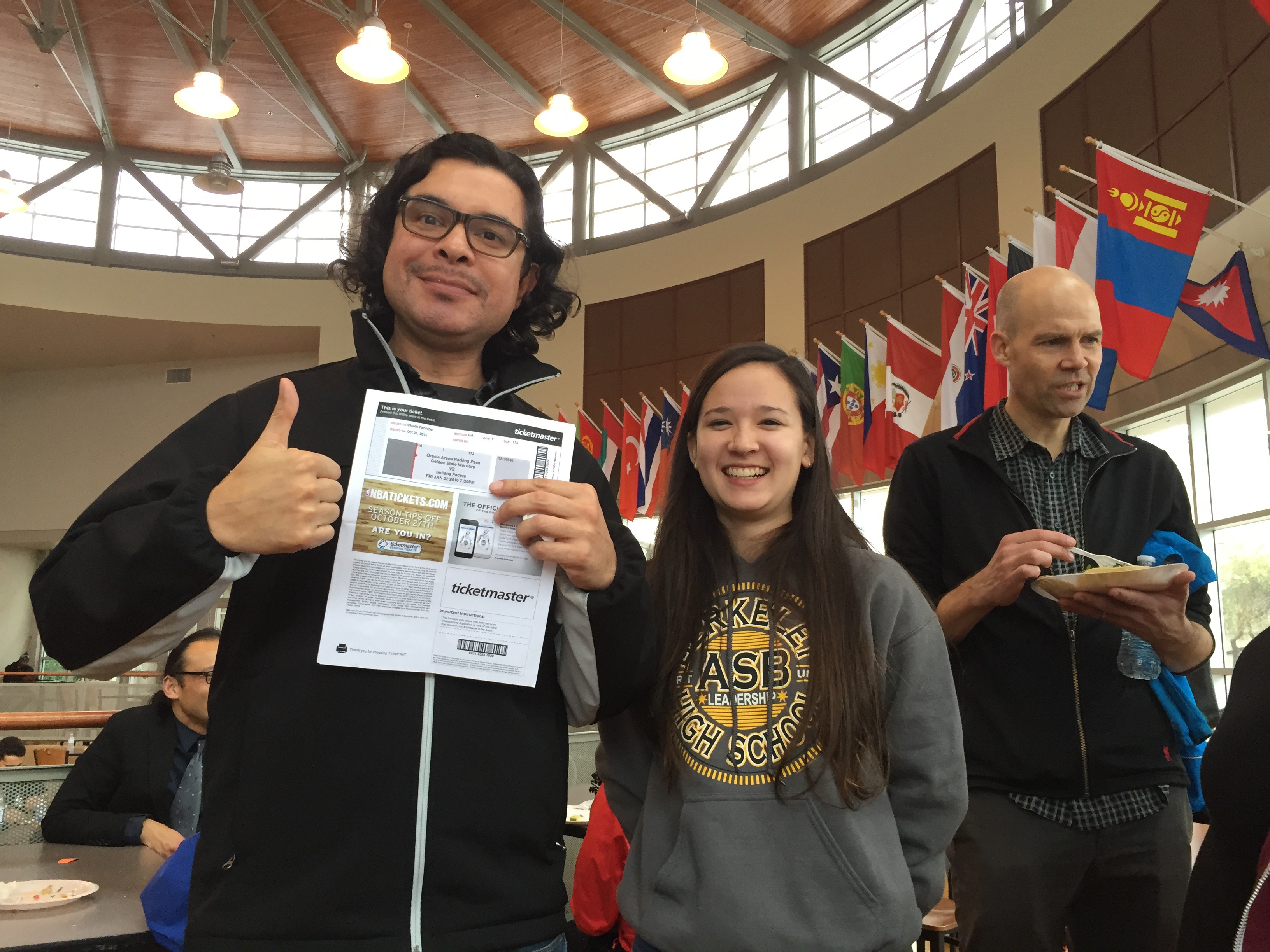 Victor Aguilera got the prize of the day by getting tickets to that night’s Warriors game. Lucky guy! 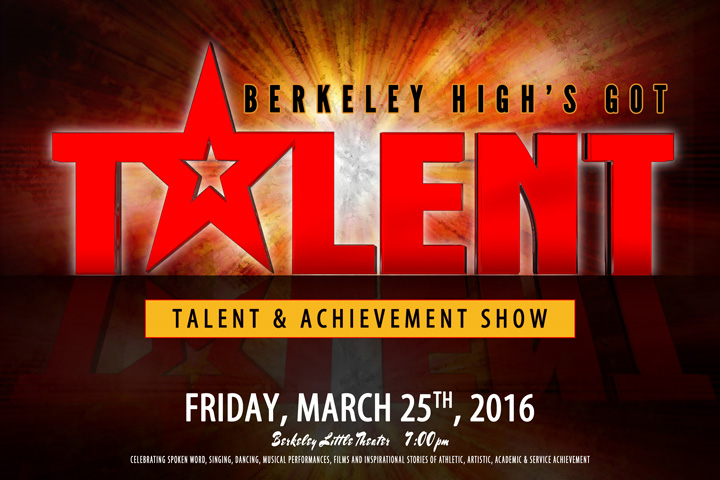 If you are interested in rapping, singing, jamming out with your band, doing magic or stand up comedy, circus acts, among other possibly talents, please consider sharing your greatness with the BHS community at the annual Talent Show. The Talent Show will be Friday, March 25 in the Little Theater, but first you and/or your friends will need to audition to be part of the program.

Sign-ups are available now outside of the leadership office in the cafeteria. There are time slots available during lunch or after school beginning from February 1 and ending February 10. Please sign up soon! 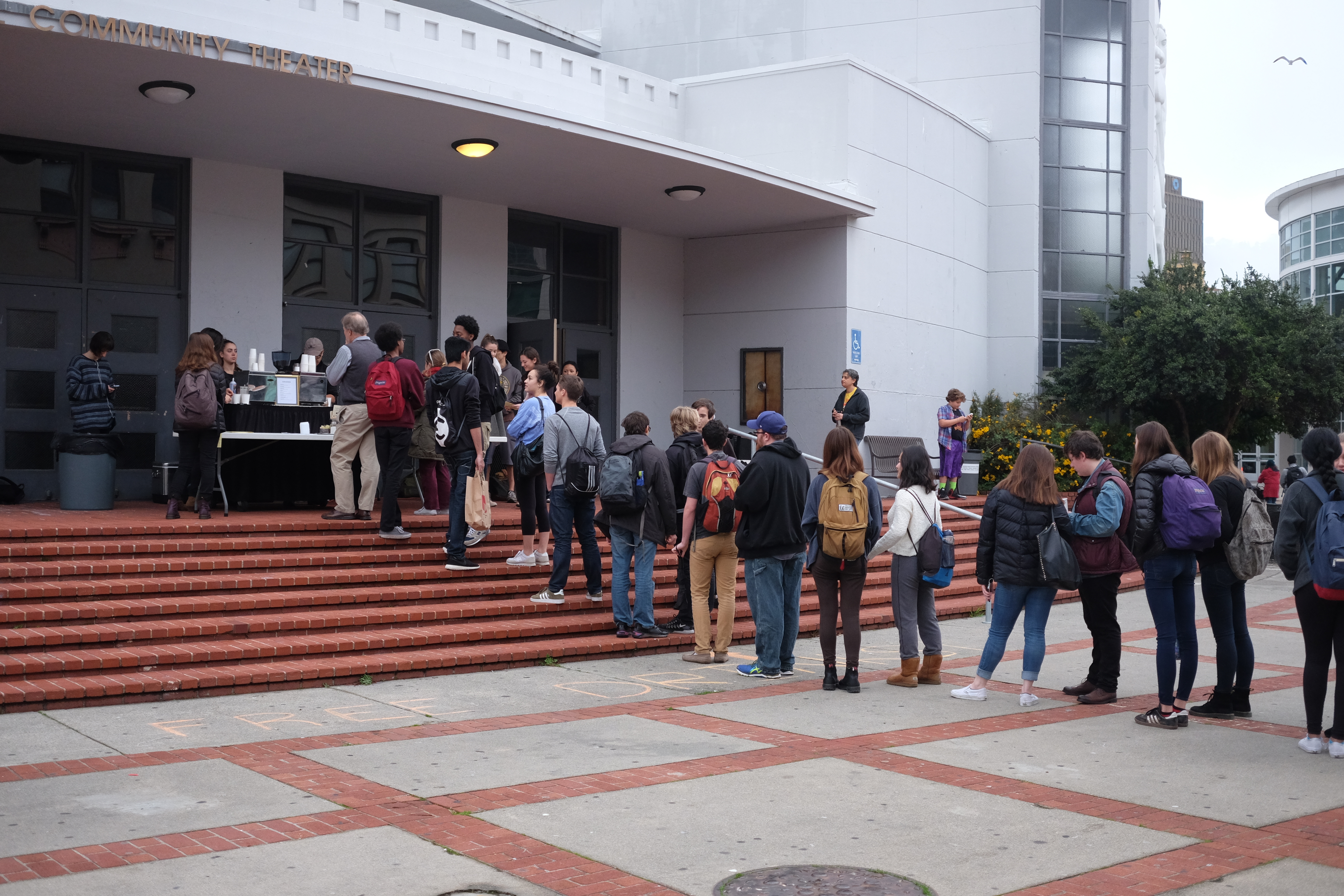 Link Crew hosted a free hot beverage day before the first period of final exams. There were at least 250 drinks that were served by Travelin’ Joe.  Link Leaders also distributed the following tips for a more successful experience during final exams. Here are some last minute tips: 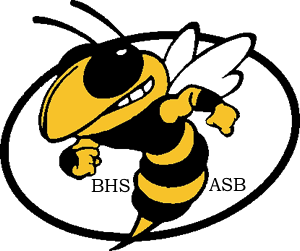 If you are interested in unifying groups, speaking up about issues at hand, or want to create fun and spirited activities, consider serving on the ASB Leadership team as a representative on one of the three bodies of student leadership. Look below for list of positions and available applications. Follow this link to the Applications page.

Applications are available here or in the Leadership Office in the cafeteria.

The Election Convention takes place on February 25, 2016. Watch the following video to get a better idea of what the convention offers for delegates and candidates. 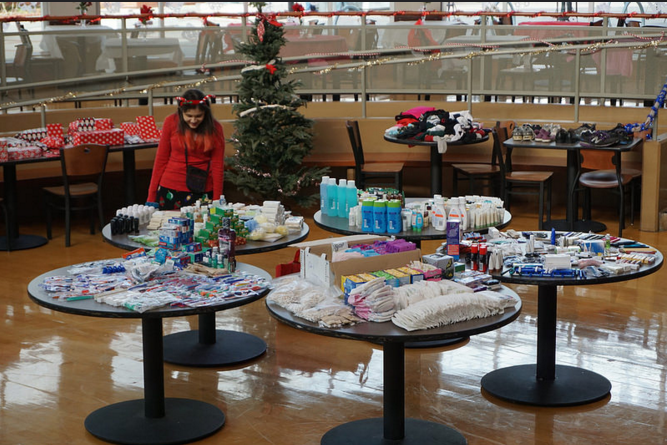 Thank you to the BHS Community!
The Holiday Meal is an event that allows for the intrinsic altruism of our community to shine. With over 300 guests and over 300 volunteers, the energy in the building was extremely positive. We also did our best to make the best of what was left from the meal. Leftover food was delivered to the Harrison House and to the All Souls Church. Five bins of food were picked up by the Alameda County Food Bank. Unclaimed clothing has been brought to a local Goodwill. It is an understatement to say that this was a team effort to make the Holiday Meal such a success.Big thanks go out to the Mayumi Rubin-Saika, current Chief of Service, was the organizer of the meal She raised the level of organization and community contributions. Thanks also to Tom Watts, for leading the charge in the kitchen. Gitara “G” Spinks, BHS Head Chef, also played a huge part in the kitchen and delivering the food to the Harrison House. Thank you also to all of the cooks that prepped the pasta dishes and the soup cart.

AND a big thanks to the 300-plus volunteers who showed up during the two days. You contributed over 700 hours of total volunteer time. This could not be done without your help! If you need documentation for service hours, include Mr. V as the contact person for your service hours.

It’s Monday!!!!!! #meatlessmonday what are you

For all of those you looking to get more involved

Even if you cannot volunteer today, consider takin

This is your sustainability reminder for the week

Shout out to the Berkeley High RISE program for wo

What about that chess game though??!! Join your fe

Another great way to support the local community.

For our week of giving, consider supporting the YE

Thank you to the BHS Student Groups promoting loca

Ultraviolet breaks down why you should support thi

Need to opt out of unwanted soliciting??? Check ou

Leadership Office
D148 (in the cafeteria)